Gilan Rural Heritage Museum is best place to know Gilanian people much better!!The visitors of the Rural Museum are plunged into a genuine world of customs and traditions and have the opportunity to  explore rural living environment. The vernacular architecture, the local artistic manifestation such as handicraft and a wide range of traditions are exposed lively, in an authentic surrounding in the Rural Museum. Gilan Rural Heritage Museum as an open air museum which is devoted to the rural and ancestral life, is the first one in Iran and remains so far the unique museum of this type in Iran and beyond in the Middle-East and the Central Asia. This Museum was designed to preserve and revive the material and spiritual heritage of GILAN, a coastal region of the Caspian Sea in the North-West of Iran. The creation of the Gilan Rural Heritage Museum was preceded by large studies. the studies have been conducted, under the supervision of Professor Mahmoud TALEGHANI, during three years. These multidisciplinary studies aimed to assess the social, economic and cultural impacts of the earthquake of 1990 which devastated the region of Gilan. These studies have shown the feature of wood architecture specific to this region which is in fact unique in Iran. Even more worrying for the future, these studies have proven a progressive change in the lifestyle of local population who is more tempted by the siren songs of modernity and considers the heritage of his ancestors as being archaic and unsuited to the modern world. However, the Gilan Rural Heritage Museum allows the current and future generations to re-appropriate the values of their homeland’s heritage and actively participate in its cultural revitalization. The GILAN Rural Heritage Museum has been located in the forest park of SARAVAN given its geographical and topographical features, which covers an area of 253 hectares. About 45 hectares of this forest park have been devoted to the construction of the museum complex.

Anthropological and architectural researches resulted in the identification of 9 cultural-architectural areas in the region of GILAN. Each cultural-architectural area is represented by a village which has been entirely rebuilt in the place of the Museum. In this regard, rural houses representing the architectural style of the coastal, plain and mountain areas of the region of GILAN, have been identified, thoroughly documented and subject to anthropological studies. Subsequently, the houses have been dismantled and then reconstructed in the place of the Museum. Gilan Rural Heritage Museum consists of 28 collections of rural houses including 85 structures. Apart  from dwelling-houses, other buildings reflecting the rural life such as traditional cafés and restaurants, mosque, school, rustic charcoal-making furnace and blacksmith workshop have been also rebuilt in the place of the Museum. Furthermore, buildings such as house for researchers, entrance complex, conference hall, handicrafts market, museum of local dignitaries and office buildings have been constructed. 35 buildings of the Museum have been inscribed on the National Heritage List of Iran.

In order to demonstrate lively and genuinely the way of living of rural population, fields of tea and paddy fields have been created in the Museum which are operated in traditional manner. To preserve and promote the spiritual legacy, the Museum attempts to revitalize many local customs and traditions which are often forgotten, marginalized or disappeared. In this vein, summer and winter festivities, folk music played live, traditional wedding ceremony, the New Year ceremony (Nowrouz) and tribute to local personalities are organized in the Museum, throughout the year. The Traditional Costumes Of Gilak Women 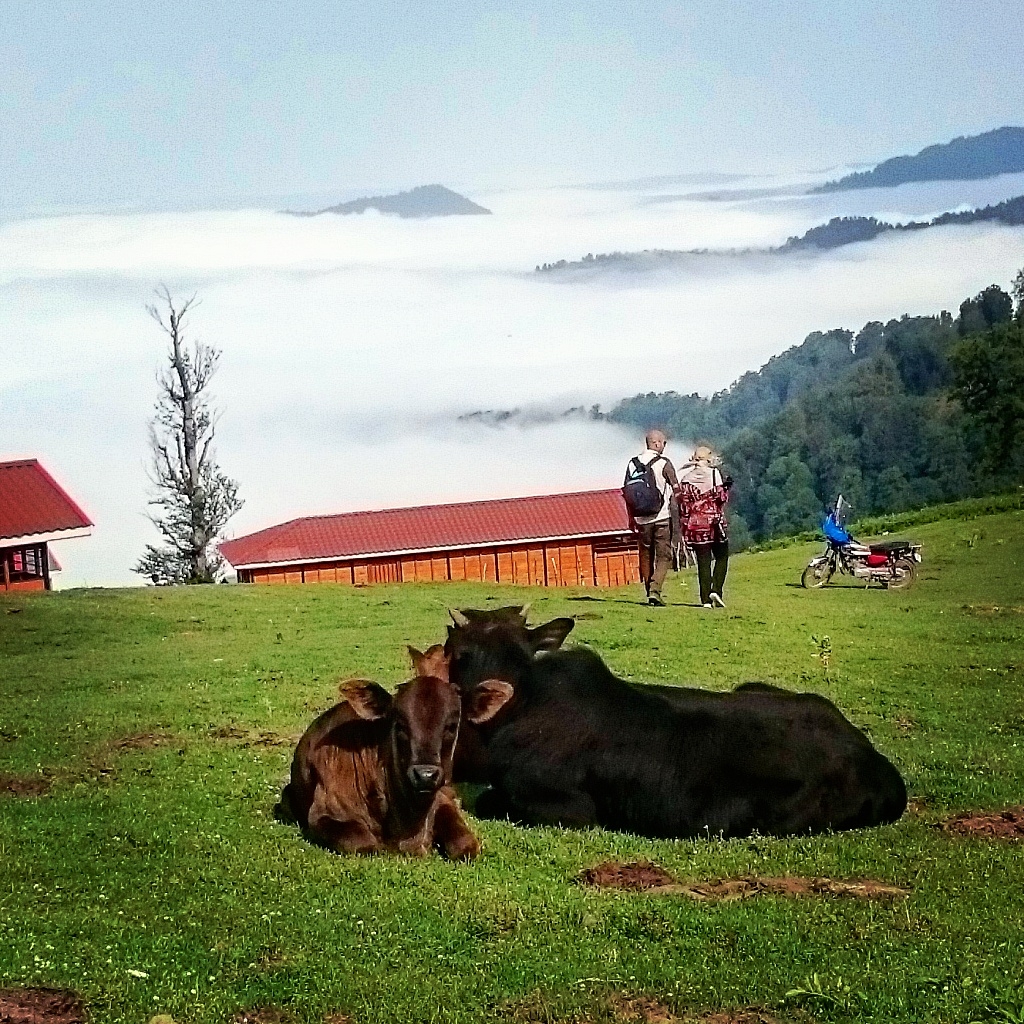